Confirmation E-mail will be sent to you shortly.

If you experience any trouble Signing Up, please contact

When Elder Iakovos of Evia (1920-1991) was serving in the army before he became a monk, he was granted permission to take leave during Holy Week and Pascha. During the week he noticed one of his fellow soldiers was very depressed and he asked him, “Why are you so sad?”  His reply was: “Papa-Iakove, you with your religiosity, managed to convince the commander to give you the entire week off. You will be fine with your chanting, your monk practices, but how about me?  I also want to go to my village to spend Pascha with my fiancée. I also would like to go to church during these Holy days.”

This man of God, who lived for these services – this was his life, these hymns were his breath – he sacrificed it all for his fellow man, and he stayed inside the barracks – Holy Thursday, Holy Friday, Saturday and Pascha Sunday. He convinced his commander to exchange his leave privileges and give it to his fellow solider.

Sometime later Elder Iakovos was asked; “Elder, how did you pass these days?” “I was serving guard duty, and I was on a hill watching the citizens of Athens going to their churches, and I was trying to repeat the prayer of Jesus. And on the night of Pascha, when I heard the joyous bells, I sighed and I said, ‘O my Christ, now our Christians are receiving Your Holy Light.’ And as I said this, the Holy Light came to me as well!”

“How did this happen, Elder?” “Well, my child, a light came from on high and rested on me, and I became all light!” The man of God had sacrificed the created light of the Pascha candle, and he received the uncreated Light of Divinity.

This was Elder Iakovos. This was inside his nature – the willingness to sacrifice even his prayer and his personal effort and struggle, for the love of his neighbor. Like-wise my beloved, May we all become light on Pascha! 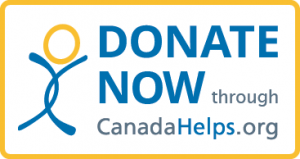 CLICK HERE TO DONATE TO ST. NICHOLAS CATHEDRAL IN MONTREAL

FUND FOR ASSISTANCE TO THE RUSSIAN ORTHODOX CHURCH

Dear brothers and sisters!
To reach most of our parishioners, live broadcasts are moving to the YouTube platform. We are excited to launch this new initiative and kindly ask for your patience as we ramp up our activities.

Enjoy and do visit often as menu items can vary.

Note: All orders are prepared and individually packaged with strict adherence to COVID protocols! Parking is free in Outremont for a maximum of two hours between 8 a.m. and 10 p.m. each day.

To park your vehicle for more than two hours during the day, you need a sticker.

You can purchase a parking sticker at our church’s candle stand at a cost $10 per day.

The sticker must be hung on the car window street side.

The sticker is valid in all districts.

Vignette holders can park their vehicle there where the signage allows, regardless of the district, while the tariffed zones with parking meter remain unchanged.

The sisterhood invites you to order cooked meals online.

Find out how to place your order here!

Our Social Media
Latest YouTube Streams
Photo of the day 2021