Please read the conference review as published on the Eastern Diocese Website.

To all parishioners who are interested in joining the church choir or in participating in reading during services, please note that, beginning this week, and thru end of November, at 19h30 immediately following the akathist service  (which alternates between Wednesday and Thursday evening), there will be rehearsals and reading lessons specifically for new singers.  If you are not sure, come and try out.  For further information, you can contact members of the clergy.  Or you can email the choir director at
regent@stnicholasmontreal.com

Please see our Choir Section on website by clicking here

Thank you in advance.
MWK

From September 19 to 22, The miraculous icon of the Mother of God

the “Softener of Evil Hearts” or ‘’Seven Arrows’’

The itinerary of the visit of the holy and miraculous icon of the Mother of God 'Softener of evil hearts or seven arrows' has changed. Please consult the included document  to see the changes made ​​to the schedule.

After Divine Liturgy- Annual General Assembly of the Sisterhood

BALLROOM DANCING CLASS For adults
In the program: Viennese waltz, slow waltz, polonaise, kadrill, and others ...

Lessons are on Fridays from
7 to 8 pm in the large parish hall downstairs
Beginning of Spring session on Friday May 24th
For information contact Ludmila at 514-236-2908
klucy@sympatico.ca
Click here to download brochure

Preparing for the bazaar

Visit of The Holy Kursk Root Icon of The Mother of God, 2013

A great success, the following is a note from the choir master, Michael Krieger to his singers which very nicely describes how the day transpired.

Dear Saint Nicholas Cathedrals choristers!
Congratulations to all for today's performance.  I wish to thank you one and all for your efforts, work, time and dedication.  This was quite an endeavour!
There was a particularly high level of anxiety, with many people sick, coughing, all being very busy with lots of work.  In short, lots of reasons not to do a concert.
But, the feelings which followed the concert, the sentiment of relief, of accomplishment, reaction from the public, the warmth and emotion felt at the reception - all this together created a wonderful celebration which answered the question: why do a concert?
I wish to thank singers from SS Peter & Paul cathedral in Montreal who took part in the concert.  Also a special thank you to singers from Ottawa who drove down for the dress rehearsal yesterday and who sang with us today.
I wish to thank soloist Anna-Maria Popescu who graciously accepted to take to the stage with us.
A special thank you to all spectators who came to listen to us and who, through their attention and love for Russian Orthodox sacred music, supported our cause.
I do need to underline all efforts which took place behind the scenes, without which such a concert would not be possible.
All printed material - posters, programs, affiches, music binders - are the work of Peter Paganuzzi.  Thank you so much.
All advertising, press releases, interviews, ads on radios and newspapers, ticket sales - is the work of Maria Ignatow-Bandrauk.  Spectators will not simply show up at the doors of the concert hall.  One has to invite them, encourage them, convince them.  This requires a lot of tireless work and perseverence, after which one has to hope that concert day will not be ruined by a snowstorm.  Thank you so much to Manya for her selfless work.
Thank you so much to matushka Sasha for her help in sending out and e-mailing material, announcements and invitations.
Finally, I wish to thank the Sisterhood of St.Nicholas Cathedral for the wonderful reception.  It allows singers and parishioners to meet together, relax, congratulate each other, exchange impressions, and have a good time.
Respectfully,
Michael W-K.
27 January 2013
Photo Album 1

Click to view video - reception after the blessing of the waters 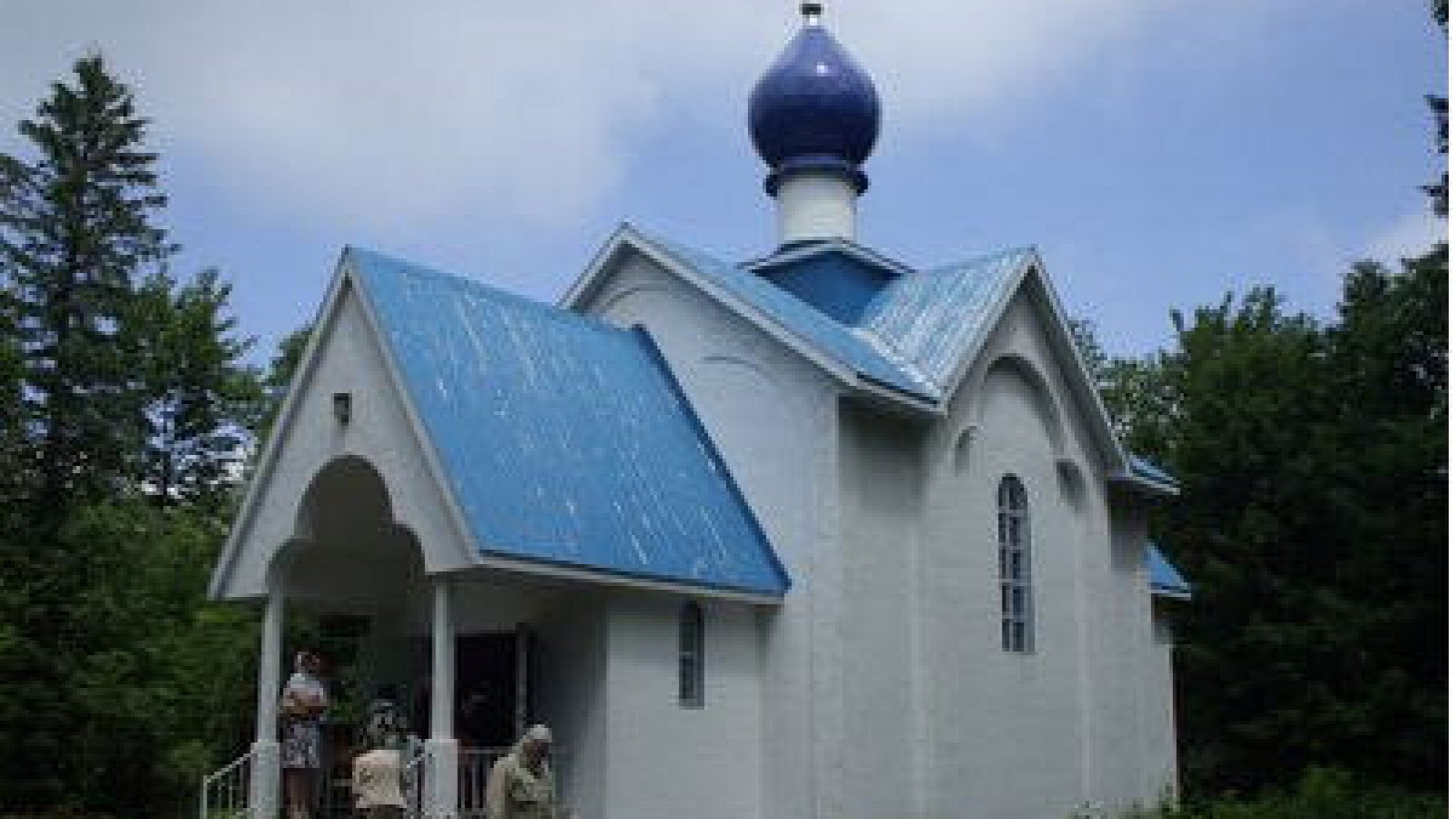 Previous Next
Powered by Orthodox Web Solutions
Home | Back | Print | Top
DONATE TO ST. NICHOLAS CATHEDRAL IN MONTREAL
Fund for Assistance to the Russian Orthodox Church Outside of Russia